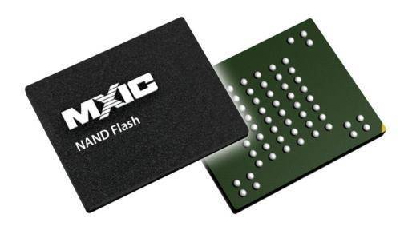 You have probably already heard something about NAND flash technology while tracking the news of solid state drives (SSD). You might have been intrigued then to know more about it and have general concept on this issue. This article will provide you with the sufficient education in this regard.

Flash Memory (Technically called NAND Flash) can be found in some popular storage devices, such as Solid State Drives, USB Flash drives, and Secure Digital cards. Over the last 5 years, NAND Flash consumption has globally exploded, and new products, such as NAND solid state hard drives, are now making significant inroads into enterprise computing devices, from notebooks, desktops, workstations and servers. Here’s a quick primer on what you need to know about NAND Flash memory.

There are primarily two types of NAND Flash widely used today, Single-Level Cell (SLC) and Multi-Level Cell (MLC). NAND Flash stores data in a large array of cells. Each cell can store data — one bit for cell for SLC NAND, and two bits per cell for MLC. So, SLC NAND would store a “0” or “1” in each cell, and MLC NAND would store “00”, “01”, “10”, or “11” in each cell. SLC and MLC NAND offer different levels of performance and endurance characteristics at different price points, with SLC being the higher performing and more costly of the two.

NAND cells are not designed to last forever — unlike DRAM, their cells will wear out over time when written to (Reads do not wear out NAND Flash like Writes do). So, NAND storage devices have a limited number of write cycles, although the impact on many storage devices is not significant because of Wear Leveling being carried out by the Flash controller that always resides on the device. All USB Flash drives, SD cards and SSDs have a NAND controller that manages the NAND Flash and performs such functions as Wear Leveling and Error Correction.

So, to prolong the life of NAND storage devices, the NAND Flash controller ensures that all data written is spread evenly across all physical blocks of the device so as not to wear-out one area of the NAND faster than another.

One of the benefits of NAND Flash is its non-volatile storage of data. Unlike DRAM memory which must be powered continuously to retain data, NAND memory retains data even when the power is off — making it ideal as storage for portable devices.

In the past three years, NAND Flash costs dropped enough to make new primary storage devices, solid state hard drives, possible for client systems and servers. SSDs are direct replacements for the hard disks (or standard disk drives) in computers with compatible interfaces (such as SATA or SAS).

SSDs offer significant performance and durability advantages over standard hard drives. SSDs have no moving parts; they are all semiconductor devices. Because of this, SSDs do not suffer from mechanical latencies like hard drives do, and without moving parts, SSDs can be subjected to much more shock and vibration than a hard drive, making them ideal for a broad range of portable and mobile applications.

In years past, solid state hard drives were designed with DRAM memory chips and were as expensive as luxury cars, making them suitable only for demanding server applications.

Today, with lower cost NAND Flash SSDs, SSDs are being used in a variety of applications ranging from consumer to enterprise and military computing.