PS4 supports different formats of digital discs, including DVD and Blu-ray Disc (BD). It might be a disadvantage, though, to some users that PS4, on the other hand, does NOT support playing CDs. But, since CDs are nowadays obsolete and “dying out”, not many would care about that. So, how can you play a DVD on PlayStation 4? What type of DVD does PS4 support? And finally, is it possible to write data on DVDs using PS4 or not? In this comprehensive guide you’ll find a sufficient answer to all these questions and more. This is worth to be your only PS4 DVD guide.

Before going deep into discussing DVDs on PS4, let’s have a quick general knowledge on DVDs first.

Stands for “Digital Versatile Disc.” A DVD is a type of optical media used for storing digital data. It is the same size as a CD, but has a larger storage capacity. Some DVDs are formatted specifically for video playback, while others may contain different types of data, including images, documents, and other computer files. 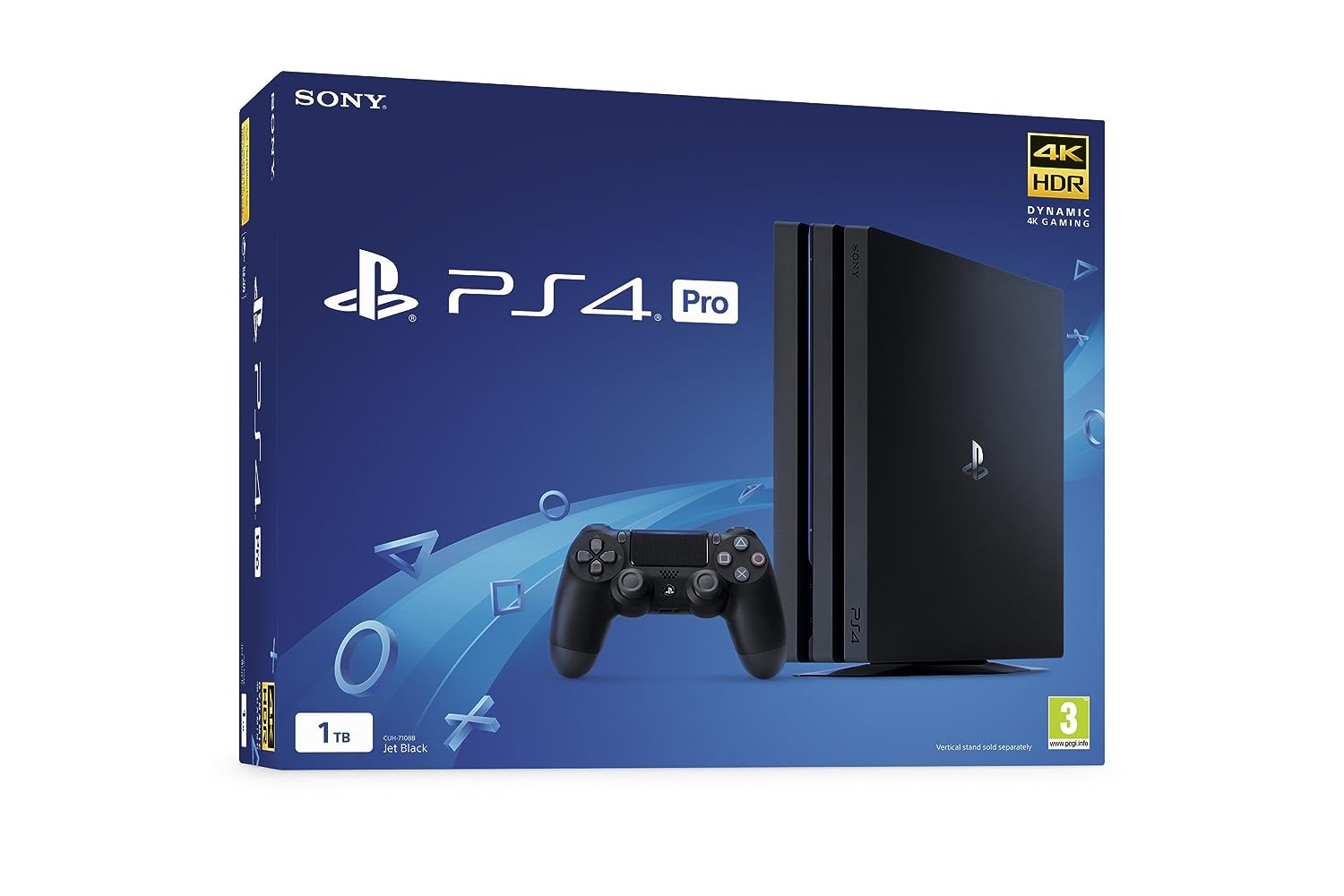 The PS4 DVD is an optical disc technology with a 4.7 gigabyte storage capacity on a single-sided, one-layered disk. That amount of capacity is enough for the PS4 to play 133-minute movie. DVDs that PS4 supports come either single- or double-sided, and can have two layers on each side. A double-sided, two-layered DVD will hold up to 17 gigabytes of video, audio, or other information. This compares to 650 megabytes (.65 gigabyte) of storage for a CD-ROM disk.

DVDs usually have a large capacity, starting at 4.7 GB. They are written at a speed of 18-20x and have a video compression ratio of 40:1. That’s possible with the help of MPEG-2 compression. The materials and manufacturing techniques used in the case of a DVD are same as that of CDs. The layers in the DVD are made by polycarbonate plastic. This makes no problem at all for PS4 to read them properly and process their data.

DVD uses the MPEG-2 file and compression standard. MPEG-2 images have four times the resolution of MPEG-1 images. It can be delivered at 60 interlaced fields per second where two fields constitute one image frame. (MPEG-1 can deliver 30 noninterlaced frames per second.) Audio quality on DVD is comparable to that of current audio compact discs. In fact, the PS4 CPU is powerful enough to play DVD discs flawlessly. Even the graphics card of PS4 is originally compatible with that functionality. Considering the DVD types PS4 can play, they are only two in fact. So, let’s have a look at the DVD formats that PS4 may play and have no issue with playing.

Superficially, DVD+R and DVD-R discs look identical. We cannot confirm whether PS4 will accept these types of not. They’re both 120 mm in diameter and 1.2 mm in thickness, comprising two polycarbonate substrates, 0.6 mm each. However, a DVD+R will, of course, have DVD+R written on the disc, while a DVD-R disc will have its respective wording.

Types of DVD that PS4 Supports

PS4 supports playing only twotypes of DVDs, that are: 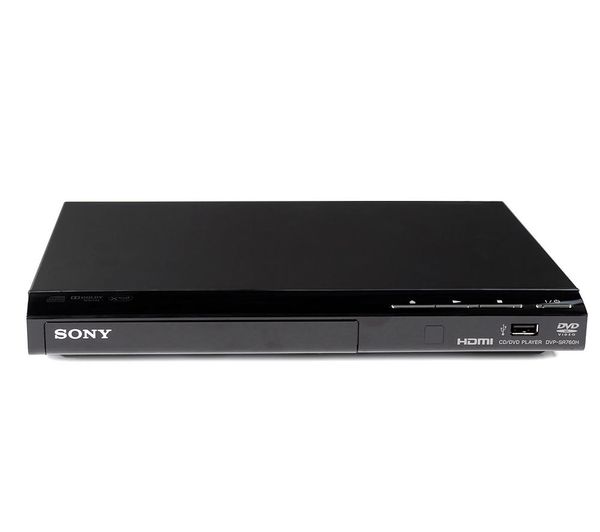 These types are widely common DVD types. In fact, don’t expect to work professionally on PS4 DVD like you do on a computer. That’s because PS4 is originally a game console that you have to use for gaming purposes.

How much data can a DVD hold?

A standard video DVD that PS4 plays can store 4.7 GB of data. That amount of data is enough to hold over 2 hours of video in 720p resolution, using MPEG-2 compression. Just note that when playing DVD on PS4, connect the cables to a VGA monitor to view the images properly. But variations of the original DVD format have greater capacities. When considering the PS4 DVD situation, this information is not what many need. For example, a dual-layer DVD (which has two layers of data on a single side of the disc) can store 8.5 GB of data. A dual-sided DVD can store 9.4 GB of data (4.7 x 2). So, what has this to do with PS4 and its capabilities of running a DVD disc? A dual-layer, dual-sided DVD can store 17.1 GB of data. The larger capacity formats are not supported by most standalone DVD players, but they can be used with many computer-based DVD drives.

There are many advantages associated with the DVD format. For this reason we can say that it’s a very good point that PS4 is able to play DVDs seamlessly. Compared to a CD, the audio quality is superior thanks to DTS or Dolby Digital technology. The picture quality is also superior to CD and the DVD player is capable of taking one to a specific moment in the video or audio, unlike a CD player. Based on the user needs, the formats of the digital versatile disc can be altered.

So, thinking about it might take us to the result that PS4 DVD is where a gamer must look at. Again, digital versatile discs are capable of storing more data compared to CD. This is due to smaller size of the pits and bumps and high density of the tracks in the DVDs. A large amount of space is wasted in codes, to avoid errors in information in the case of CDs. That’s different from DVDs that a player wants to use on their game console. Digital versatile discs are backward compatible as well.

Ok, so we know what types of DVD PS4 supports. We know as well that PS4 won’t support all types, just two of them. But the problem here is with the existence of DVD+R and DVD+RW. Does PS4 support these types of DVDs or not? This is something we can’t verify as we never tried before. In fact, the DVD Forum standards group didn’t approve the DVD+R and +RW formats but instead, by the DVD+RW Alliance supports them. Sony supports this alliance, as well as Yamaha, Philips, Dell, and JP. Therefore, it also has tremendous industry support for its technical standards.

Before going into the mechanics of how a DVD works on PS4, it might be best to explain the why. In other words, why is the industry replacing previous storage-unit standards, including the CD (short for compact disc)? Quite simply, The DVD’s storage capacity is much greater. Thus, the DVD makes sense for video and other industries on PS4 platform in a way that the CD never could. A high-quality digital video could simply never fit onto a CD. That means, the DVD can run for a much longer time on PS4 than a CD can do. It can’t even fit comfortably on a PS4 hard drive.

Types of DVDs to Try on PS4

There are two main components inside the PS4 Disc player that help read a DVD: a tiny laser beam (known as a semiconductor diode laser) and an electronic light detector (basically, a tiny photoelectric cell). When you switch on the PS4 Disc player, an electric motor inside the player makes the DVD rotate at a very high speed. This helps immensely PS4 system to display the content of DVDs and stream videos.

DVD-Video is the movie format, which uses MPEG-2 compression to provide approximately two hours of video per side at 480i resolution. Blu-ray players also play DVD movies. See DVD-Video, DTV and Blu-ray.

DVD-ROMs hold data permanently, and like CD-ROMs, they are pressed at the factory. See DVD-ROM. 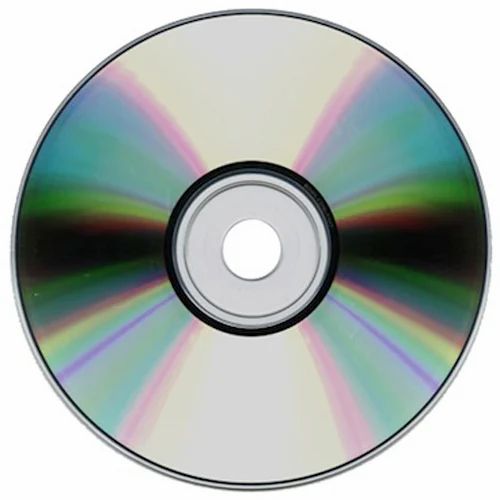 DVD-R and DVD+R are competing write-once formats for burning movies or data. PS4 supports DVD-R but there’s no knowledge about supporting the latter. They function like high-capacity CD-R discs. DVD-R DL and DVD+R DL are dual layer discs with twice the capacity.

The DVD specification supports disks with capacities of from 4.7GB to 17GB and access rates of 600KBps to 1.3 MBps. That makes PS4 play DVDs for long continuous hours. One of the best features of DVD drives is that they are backward-compatible with CD-ROMs, meaning they can play old CD-ROMs, CD-I disks, and video CDs, as well as new DVD-ROMs. Newer DVD players can also read CD-R disks.

Indeed, a high-quality digital video requires up to 100 megabytes (MB) of data space each minute, depending on the amount of compression used. Considering PS4 DVD player, these types can easily fit into that game console. MPEG2, a format commonly used for playing video via computer, compresses one minute of visual data into about 30 MB. So a two-minute video requires 60 MB, and a two-hour movie requires 3,600 MB. Compare that to the maximum storage space of a CD which is about 640 MB.

The DVD manufacturers use Aluminum behind the inner layers of DVDs, but they use a semi-reflective gold layer for the outer layers. That helps allowing the laser to focus through the outer and onto the inner layers. If you need to play a DVD video on PS4, you have first to active the playback feature on the internet. After they finish making all of the DVD layers, they coat each one with lacquer, and squeeze the layers together and cure them under infrared light. As for single-sided discs, the label is silk-screened onto the nonreadable side. Manufactures print double-sided discs only on the nonreadable area near the hole in the middle. Cross sections of the various types of completed DVDs (not to scale) look like this:

How to Play DVD PS4

So now when you know that your PS4 can play DVD, the next question is how to watch DVD on PS4. The most obvious method is to insert your disc into the console and play them directly. Mostly as you insert your DVD or Blu-ray disc into your PS4 device, the video starts playing automatically. But if due to any reasons it does not play, you need to select the movie title from the video section.

If you have a PlayStation 4, you will learn that the manual book said PS4 supports DVD and Blu-ray disc. However, many users reported problems about DVD playback. Actually, PS4 is popular among gamers around the world. And if you already have PS4, it is not necessary to buy a DVD player at all. There are multiple ways to watch DVD movies on PS4. And today, you can learn all necessary knowledge about view DVD on PS4, including the operation and useful software. Just spend a few minutes to read this tutorial; you can get all you should know about play DVD on PS4.

Here is an easy method that helps you play DVDs on PS4 without any problem. Just make sure to activate the playback feature on the internet before trying this method. Your PS4™ system must enable the disc playback feature over the Internet, one time only, before you can play any BDs or DVDs. After you enable this feature, your PS4 system doesn’t have to connect to the Internet to play BDs or DVDs.

That’s it all. Now you can enjoy playing DVDs on PS4 without any hassle. If DVD doesn’t work on PS4, there must be a problem within the system itself that prevents this from happening.

It’s not difficult at all to learn about PS4 DVDs and how to use them the right way. In fact, this knowledge is essential to every player that wants to unleash the hidden powers of PS4 game console. Once you fully understand the various aspects of DVDs on PS4, you’ll enjoy the use of them properly without asking any other for help.