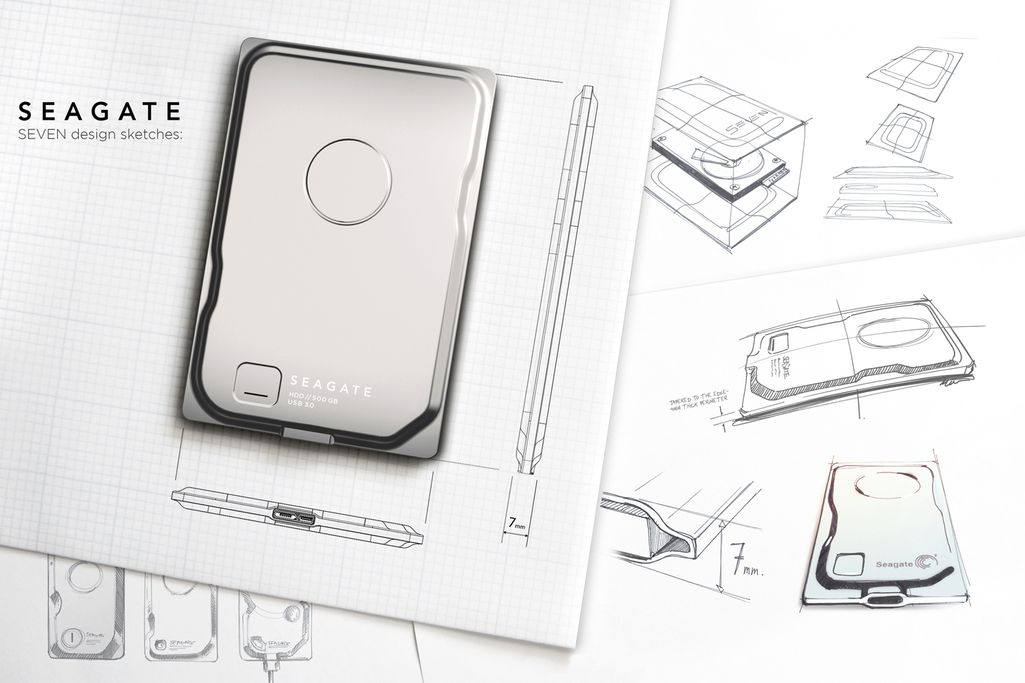 At just 7mm thick, Seagate calls its new Seven the slimmest external hard disk drive available. That’s thinner than an iPhone 6 Plus, only with physical platters spinning at incredible speed inside of an all-steel chassis that hints at the mechanics within. The HDD is being launched to celebrate the 35th anniversary of Seagate introducing the world’s first mass produced 5.25-inch hard disk for PCs.

Product Manufacturer’s Description: The stunning Seagate Seven portable drive celebrates over 35 years of storage expertise and innovation. This statement product exemplifies advanced storage R&D uniting with world-class industrial design to create the slimmest way to carry 750GB of data. The Seagate Seven enclosure is made entirely of steel, not only to achieve the thinnest external drive, but also for a premium appearance inspired by a bare drive, the essence of storage. The superior experience is extended to the included USB 3.0 cable, a stylish, premium braided design instead of the standard cable found with most external drives. Since the drive is bus powered, meaning it draws power directly from the USB port, and does not require an external power supply, the Seagate Seven is perfect for those on-the-go situations. Push the limits of possible with the thinnest portable drive, Seagate Seven. 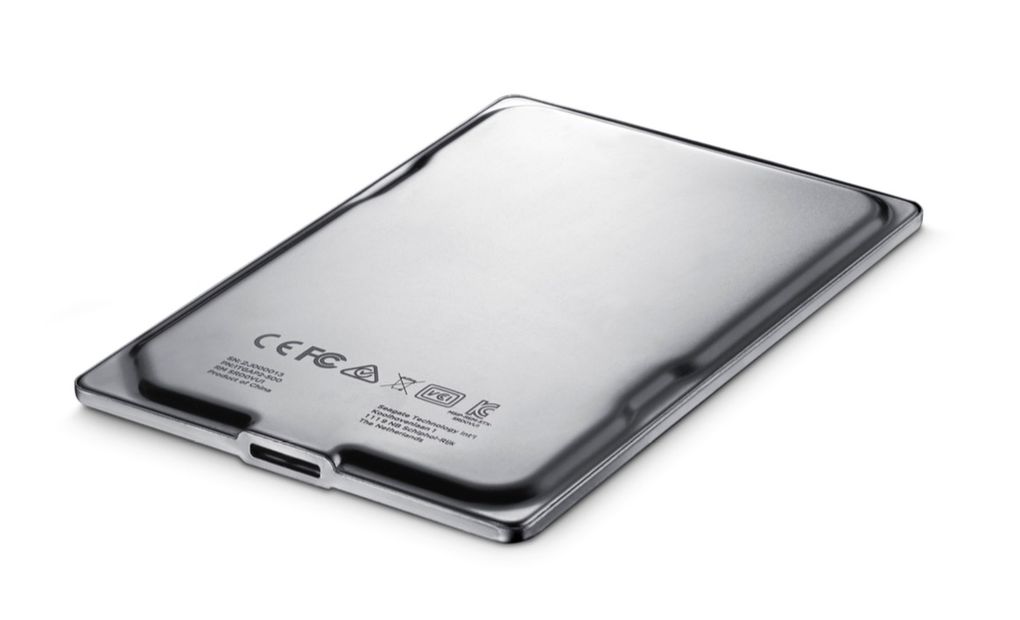 The steel-clad drive may be basic in many respects—it’s an external hard drive with a USB 3.0 connection and a decent 500GB or 750GB capacity—but it packs itself into the slimmest chassis we’ve seen this side of a solid-state drive (SSD), making it worth considering for anyone who values design and portability. Sure, Seagate could have put in an SSD, but a hard drive mechanism keeps the price down to more modest levels. For example, an SSD with about the same capacity, could be a lot more expensive. (See some price examples in our best external SSD list)

The Seven’s chassis is made out of hardened aluminum. Apart from making the external drive look similar to an internal one, the chassis also protects the drive inside from shocks and especially crush damage. Seagate says the Seven can survive drops of up to TK, and even being run over by a small car.

The silver-colored metal case is molded to look like the outer casing of an internal hard drive. It measures 0.28 by 3.25 by 4.8 inches (HWD) and weighs a scant 181-gms. Inside, you’ll find a 500GB or 750GB drive, formatted for exFAT, so it works equally well with Macs or Windows PCs.

The name Seven was chosen to show off the drive’s thickness, which is just 7mm, the same as that of a thin standard internal laptop drive. To put this in perspective, most standard (2.5-inch) internal laptop hard drives are actually 9.5mm thick. To achieve this new profile, the Seven hosts an internal drive that measures just 5mm.

As far as aesthetics go, it certainly has that professional appeal to it with its stainless steel exterior, while that same steel exterior gives the drive ample durability. The soft blue LED adds both an industrialized yet contemporary feel to the drive, and at the same time, retains functionality as a drive activity indicator. Build quality of the Seven is top notch, you will find that the components used internally are some of the best available at this point in time and match up quite well together.

The Seven’s speed is adequate, but not very fast compared to the fastest external hard drives available. According to PC Mag website “The PCMark7 and PCMark 05’s disk tests failed to run on the drive, and it took a leisurely 28 seconds to copy our test folder over USB 3.0.” By hooking the Seven up to a MacBook Pro via the USB 3.0 cable and running the Black Magic Disk test, the drive would transfer the test data with a throughput of 101.2MBps read and 102.3MBps write based on PC Mag test results.

Tweak Town has got slightly different results though— “Within our Windows testing, the drive was able to offer up 118 MB/s read, followed by 116 MB/s write. Over on our MacBook Pro, the Seven formatted to the HFS+ file system did quite well at 113 MB/s read and 112 MB/s write.”

Tyler Bernath, who is a tech editor and tester in Tweak Town labs also added: “One thing that really shocked me with the Seagate Seven was its durability. As we get to the end of testing each drive, I often do a drop test of sorts, where I simply knock the drive off my desk after copying a bunch of data. With the Seven being so thin, I wasn’t quite sure it would survive such a fall, but in fact it did.”

Essentially, you’re buying the Seagate Seven for its looks, and for some users, it will be worth the premium. It’s sturdy enough to survive being taken along on your daily commute, and is spacious enough for daily backup use. And if you favor svelte laptops, then the Seagate Seven could be the external drive you’re looking for, since it adds little weight to your bag.