Up until recently the low-capacity limitation of a solid-state drive (SSD) was accounted a major drawback in comparison to the traditional rotational hard disk drive (HDD) that used to offer tremendous capacity to its consumers. At the time where SSD manufacturers were striving roughly to reach the 1TB capacity limitation, the HDD manufacturers (like Seagate and Western Digital) were making their plans to release 8TB models of new brands after successfully passing the 6TB stage.

Although this situation doesn’t seem to change in the near future and SSDs will remain way backward as far as HDDs are concerned in terms of capacity and price, the recently-released large 2TB SSD might suffice the majority of consumers who are fascinated by the blazing high-speed of solid-state drives and seek a sufficiently-large capacity of this flash-based storage technology.

The largest SSD available for consumer market as of today is Samsung 850 Pro and Evo series, they both offer maximum capacity of 2 Terabytes providing the biggest possible flash storage capability for mainstream and professional home users. As the name suggests, the 850 Pro is designed for power users. It has a higher performance of 550MB/s sequential read and 520MB/s sequential write rates. The 850 Evo, on the other hand, has a lower performance of 540MB/s and 520MB/s read and write speeds respectively. The SSDs are made up of 128 individual 32-layer 16GB 3D V-NAND flash chips. They also include a high-performance MHX controller and four 20nm size process 4Gb LPDDR3 DRAM chips. 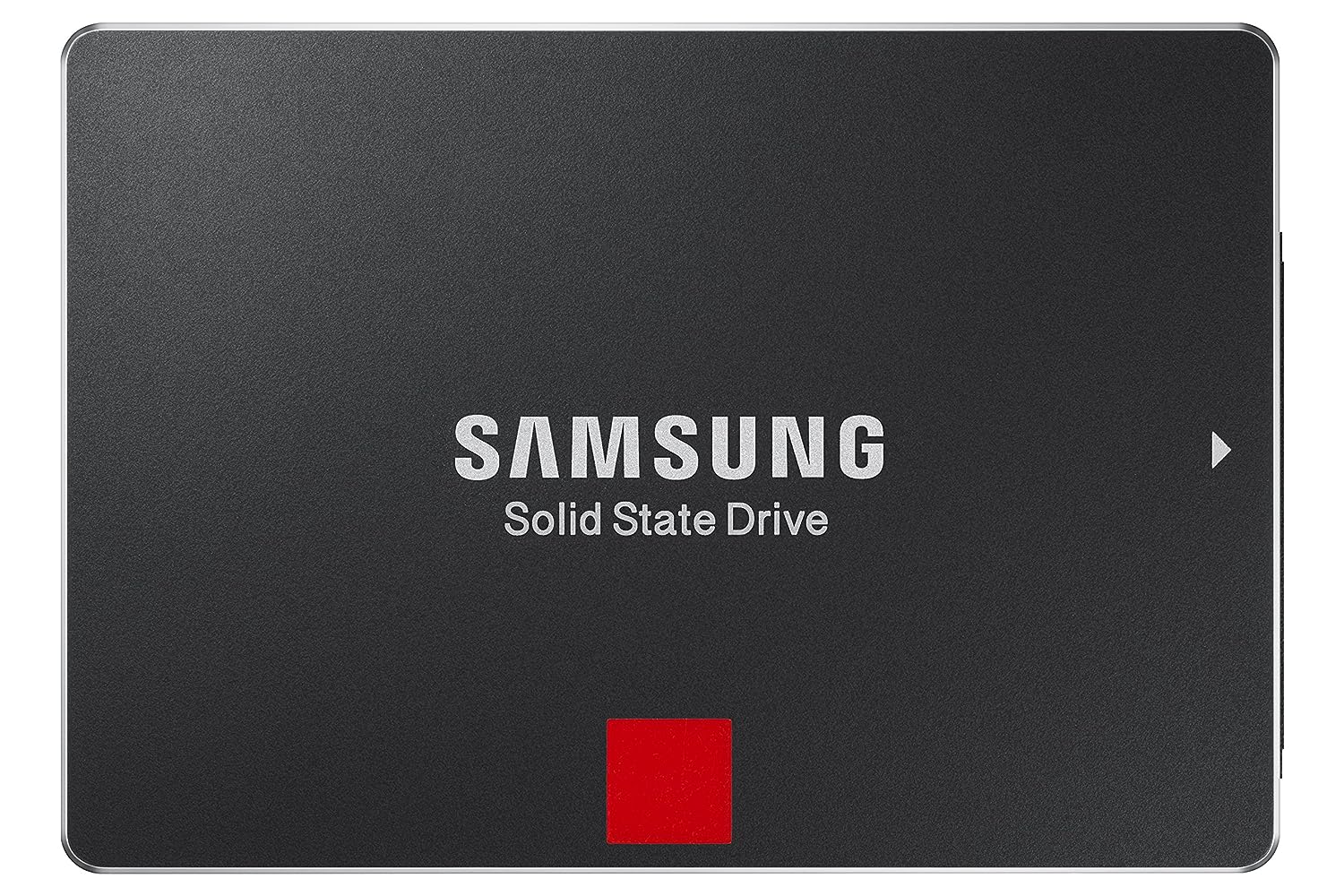 Product’s Manufacturer’s Description: Powered by Samsung’s cutting-edge 3D V-NAND technology, the NAND flash memory delivers the ultimate in read and write performance in both sequential and random aspects. The Samsung SSD 850 PRO is a brand new successor of the 840 PRO, Samsung’s premium SSD product. The 850 PRO is powered by Samsung’s 3D V-NAND technology. In 2013, Samsung mass-produced 3D V-NAND products for datacenters which have already been proved in the market. And Samsung is now releasing the world’s 1st 3D V-NAND SSD for client PCs. 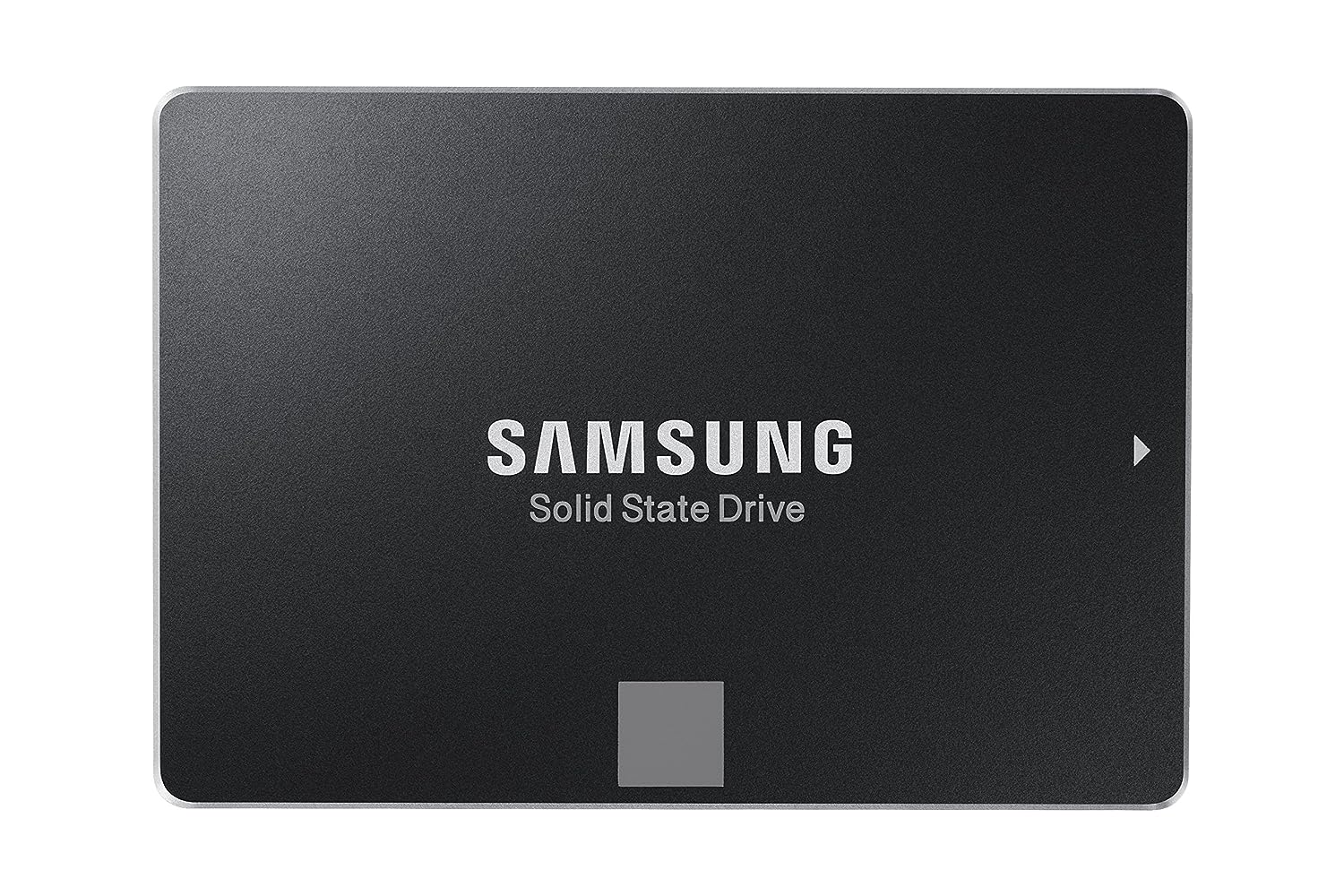 Product’s Manufacturer’s Description: Powered by Samsung’s cutting-edge 3D V-NAND technology, 850 EVO delivers top-class sequential and random read and write performance to optimize everyday computing. With improved performance thanks to TurboWrite technology the 850 EVO provides not only more than a 10% better user experience than 840 EVO but up to 1.9x faster random write speeds for the 120/250 GB models as well. In fact, the 850 EVO delivers top class sequential read (540 MB/s) and write (520 MB/s) performance in all capacities. This comes with
optimized random read and write performance on all QD and improved QD1 and QD2 random performance for Client PC usage.

Only Samsung Could Do It

Over the last 2-3 years until today Samsung is dominating the consumer SSD market with its high-end SSDs that come with extensive endurance, extreme performance and very reasonable prices, especially the EVO SSD line, which could easily acquire the satisfaction of almost all of its clients. Even the IT Professionals who tested and reviewed Samsung products testified the unparalleled cutting-edge quality of its SSD drives and awarded them with their top-level badges/trophies.

It seems like Samsung has decided to break the necks of all its competitors in the SSD industry by releasing its 2-Terabyte (TB) capacity solid state drive of its flagship line (i.e. 850 Pro) and mainstream (i.e. 850 Evo) to be the first ever manufacturer who could offer that capacity of flash storage for consumers with very reasonable prices in one single 2.5-inch SATA-III drive. (Note that’s in comparison to the SSDs released by SanDisk and Fixstars which were so overpriced [e.g. SanDisk 2TB Optimus Ecoin SSD costs as of the time of writing $2,670.00]). The newly released capacity is deemed currently the largest SSD in the market aimed at consumer-grade segment, and this title seems to be preserved for Samsung new SSDs for a long time.

So now you no longer have to bend over backwards to get more than a terabyte of fast, flash-based storage in your home computer. The new 850 Pro and 850 EVO SSDs double the maximum capacity of their predecessors giving you as much capacity as a decent-sized spinning hard drive while maintaining that all-important SSD speed. They’re only intended for desktops and older laptops at the moment (they only use standard SATA connections), but Samsung is promising similarly cavernous models that are specifically designed for the mSATA and M.2 formats used in laptops.

As with the previous 840 Pro and EVO models, Samsung used its 3D V-NAND technology, which stacks 32 layers of NAND atop one another in a microscopic skyscraper that offers vastly greater flash memory density. Additionally, the drives take advantage of multi-level cell (MLC) and triple-level cell (TLC) (2- and 3-bit per cell) technology for even greater density.

In a nutshell, these drives are just a capacity increase for the existing Samsung 850 PRO and 850 EVO series, so there isn’t too much new to talk about under the hood as the amount of NAND is the only thing of significance to change.

While being the largest consumer SSDs to date and having 5-year (EVO) and 7-year (PRO) warranties, the drives don’t actually have impressive numbers with regard to the total TB written over the life of the drives.

Clearly these numbers confirm that these are consumer and not enterprise drives, which can have ratings in the 2-5 full drives/day area.

A 6 or 7-year warranty sounds good, but many users will be switching to faster replacement drives with more capacity before the warranty period ends, such is the pace of SSD technology development.

So a lower-than-expected TB-written rating may not matter much at all, just so long as you don’t overburden these SSDs with writes – drip-feed them with data instead.